Rapid development of the company

Thanks to the ever growing presence and increasing exports of Herrnhuter Sterne, the company has been able to enjoy steady and stable growth in the past ten years. Whilst around eighty employees were making roughly 300,000 stars per year in 2010, these had already grown to 700,000 stars and about 120 employees in 2017. Thus, it became necessary to build new warehouse and production halls in 2014 and 2017 in order to meet the new requirements for more capacity.

The Manufactory
as a magnet for tourists

By the time the new Manufactory had been built and the spacious Demonstration Workshop was available, the company was no longer merely a manufacturer but also a tourist magnet in the region. Whilst in 2004 roughly 14,000 visitors were welcomed, this figure had already grown to 25,000 with the new construction work in 2010 and to 64,000 visitors per year in 2017. This year, Herrnhuter Sterne Manufaktur dared to take another big step in the orientation of the company towards tourism by steering a course aimed at families and children. 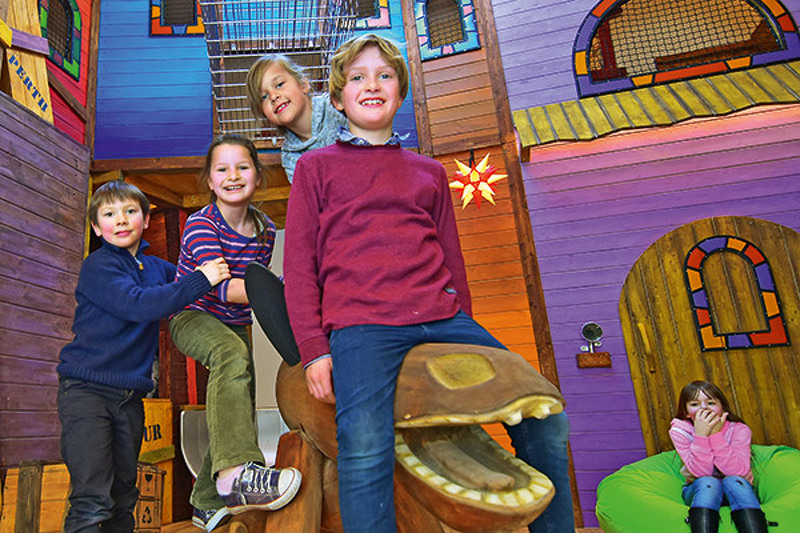 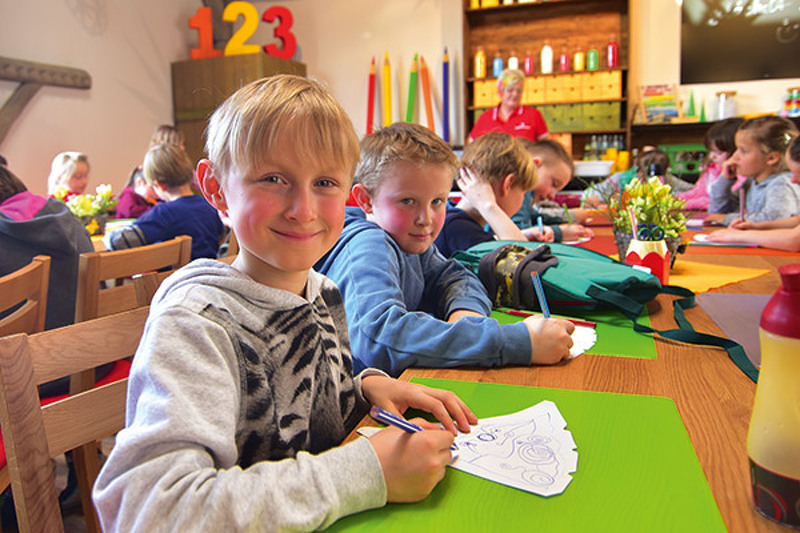 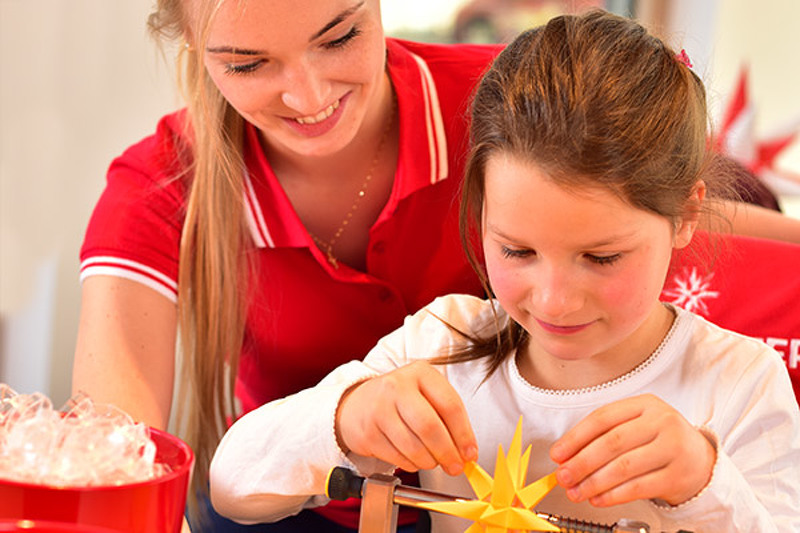 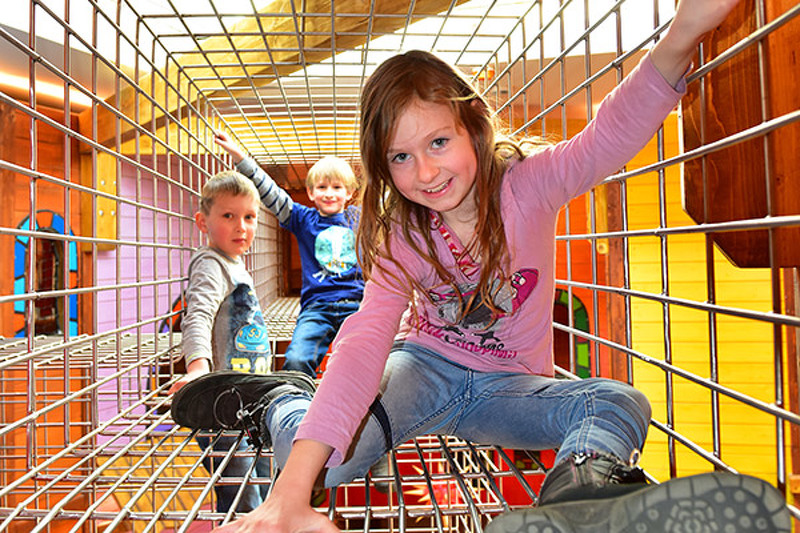 Even the old custom of “Sterneln”, or making one’s own stars, was itself strongly linked to the family, and the focus now was on enabling the little guests to experience it for themselves. The new “Entdeckerwelt” for children opened in March 2018. Here the little guests can go on a voyage of discovery around the world of stars with the two star “Sternekinder” Emmi and Jonas. Not only can they go climbing, sliding and making discoveries in the 150m² indoor playground, but also learn to design and make individual Herrnhuter Sterne in the Crafts Workshop. So now there is a great deal for them to explore.